Each writer’s work has already gained much praise:

Rytisalo’s Mrs. C is also nominated for the Book of the Year Award in Bonnier’s competition for Grand Journalism Prize. Also, her debut novel Lempi (2016) became wildly successful in Finland: it gathered a number of nominations and was awarded with the Botnia Prize, Thank You for the Book Prize and Blogistania Finlandia Prize.  Read more about Mrs. C here.

Eva Frantz’s horror novel for middle-grade readers Raspberry Hill won the Runeberg Junior Prize for 2019. The author was also awarded the Society of Swedish Authors in Finland Literature Prize for a Debut Novel in 2017. Read more about The Eighth Maiden here.

Anssi & Maija Hurmes’ Shadowed was nominated for Finlandia Junior Prize in 2018 – the most prestigious Finnish literary award given for children’s and young adults’ literature. In February 2019, it was awarded the Society of Swedish Literature in Finland prize of 5,000 euros. Read more about Shadowed here.

The Torch-bearer Prize is a literature award given yearly for a title with most potential to succeed outside Finland. The prize is worth 10,000 euros, and the winner will be announced on March 23rd.

Congratulations to all for the nomination! Onnea! Grattis!

Minna Rytisalo’s bestselling novel Mrs C. is one of the three nominees for Book of the Year in Bonnier’s competition for Grand Journalism Prize. The jury stated:

“Mrs Canth, a teacher’s wife, lives through a marriage which grows to be happy and in which the wife and the husband work together for the things that matter to them. The support of her encouraging soul mate carries Mrs C even when she needs to continue the work on her own. Being a pioneer and putting herself at stake doesn’t take much but everything.  The awe-inspiring novel opens a window to the private life of a historical figure.”

The novel, indeed a bestseller in Finland, has been nominated also for the Torch-bearer Prize, given to the the novel with most potential abroad, and the Lappi Literature Prize. Read more about it here.

The Weather that Changed the World, a narrative nonfiction title by science journalist Marcus Rosenlund has been sold to three areas.

In Estonia, the book has been acquired by Ühinenud Ajakirjad and in Hungary by Cser Kiado. The Spanish world rights have been acuired by a Mexican publisher Elefanta.

Rosenlund shows in The Weather that Changed the World how wars have been lost and civilizations changed not only due to people’s own actions only but because of the power of weather. Building bridges from the past to what is happening with the climate today, the booktells the story of weather and how it has shaped our world and history.

The book, published in late October 2018 in Swedish by Schildts & Söderströms, will come out in Finnish in a couple of months.

The author was awarded by the Society of Swedish Literature in Finland for Weather that Changed the World with an award of 16,000 euros. “This important book binds scientific facts with history and social studies. Rosenlund cites Kant’s battle cry Sapere aude! Dare to know!. It is a demand that should be repeated more often in the age of alternative truths, and not least when it comes to climate. The book is accessible popular science in the best possible way.” 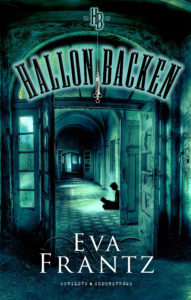