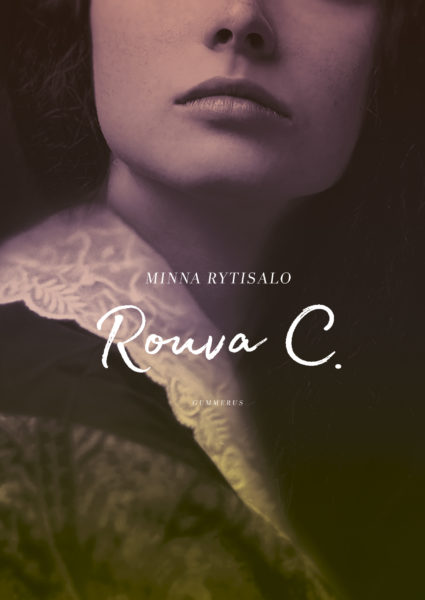 “Maybe that’s what a marriage is, Minna thought, quickly put together in two words but with a slow growth.”

At the bottom of a hillside stands a grey house with eight bedrooms, six children, a schoolmaster and his wife. Inside the wife a storm is ravaging trees, unable to calm down. In her kitchen the cakes come out either burnt to a crisp or uncooked, and what satisfies others is not enough for her. Inside her there’s a force looking for a way out, growing in size and wreaking havoc, questioning the laws of nature and at times pulling her deep into melancholy.

Mrs. C  is a story of a marriage. The daughter of a maid and a cotton merchant marries her teacher and ends up pregnant, time and again. And she becomes a writer everyone knows a hundred years later: Minna Canth, the first notable female author, journalist, entrepreneur, prominent figure in society. A role model, a fighter, an effigy.

Mrs. C  is a powerful and subtle novel, a love story and a story about friendship. Even in a different century the question remains the same: where do you draw your boundaries?

Mrs. C is Minna Rytisalo’s second novel – and bestseller #2 in Finland. It was awarded the Torch-Bearer Prize and the Bonnier’s Grand Journalism Prize in 2019, also nominated for the Lapland Literature Prize. Her debut  Lempi (2016), was a critical and commercial success and received numerous awards.