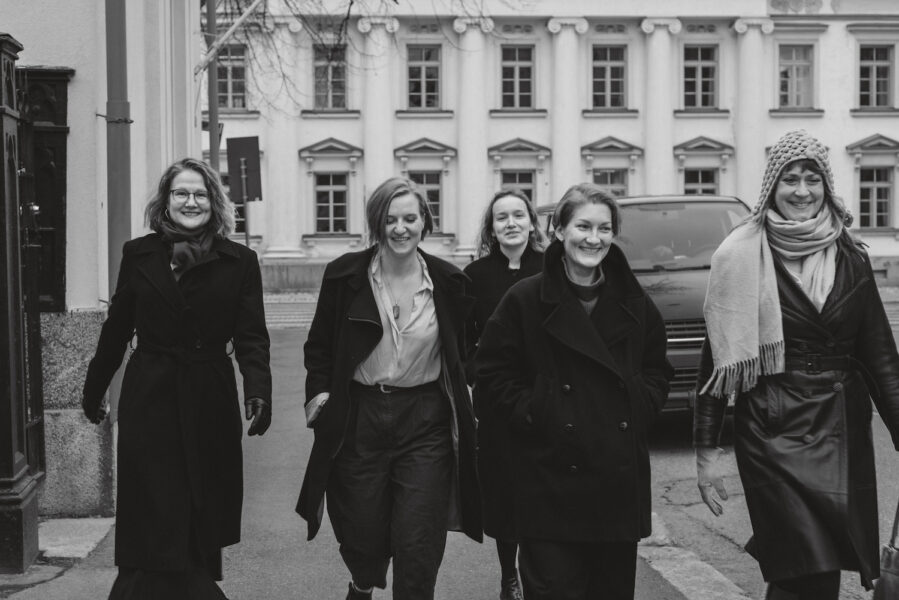 Helsinki Literary Agency is a modern literary agency based in the capital of Finland. It offers publishers the best selection of Finnish fiction and nonfiction authors – a beautiful variety of genres and styles. Founded in the beginning of 2017, the agency is a joint venture of four Finnish publishing houses: Gummerus, Schildts & Söderströms, Siltala and Teos. The agency represents a wide range of prominent, award winning authors writing both in Finnish and Swedish.

Helsinki Literary Agency is headed by Urpu Strellman (b. 1979). She has worked in publishing for over 15 years, longest as an editor and a publishing manager. In the beginning of 2017 she started to work at the then brand new Helsinki Literary Agency. For years she has also been teaching editing, writing and how to popularize science. She has co-authored “The Nonfiction Writer’s Book” and another nonfiction book about writing with influence. Most recently she has published a guide about selling nonfiction rights abroad (so watch out, world – Finnish nonfiction is soon coming to you!).

With a colourful past from bartending on the top of the Canadian Rockies to working for the EU Commission, Urtė (b. 1991) eventually joined the agency in the beginning of 2019, and in addition to selling rights is also in charge of newsletters, social media and communications. She has a Master’s Degree from the University of Helsinki, majoring in Finnish language and culture. On the side, she is a literary translator, whose work has been awarded and enlisted amongst the best translations of the year a few years in a row.

Kai Aareleid (b. 1972) has a background in the book world since early 2000s. A prolific literary translator from Spanish and Finnish, she has worked as a publisher and copy editor in Loomingu Raamatukogu Publishers, Estonia and has mentored emerging translators as well as taught translation courses. Wearing her writer’s hat, she is author of 1 book of drama, 2 books of poetry and 3 books of prose. Her works have won literary prizes, have been shortlisted for a number of awards and translated into several languages. As a true cosmopolite, she lived in Tartu, Tallinn, Helsinki, Mexico City, Riga and St Petersburg. She is currently sharing her life between Tallinn, Helsinki and a North-Estonian fishing village.

Viivi Arela (b. 1983) joined the agency in July 2020. A brand strategist with years of experience in marketing and sales, her focus is on strengthening the visibility and reach of the agency’s authors and titles in international markets. Viivi is a passionate advocate of reading and determined to bring Finnish literature to even larger audiences abroad.

Helsinki Literary Agency follows the European Union General Data Protection Regulation. We use cookies on this site to analyze our traffic and to enable certain parts of the site to function. The information we have about newsletter subscribers is used only to send out news and other information about Finnish literature. It will not be given to third parties.