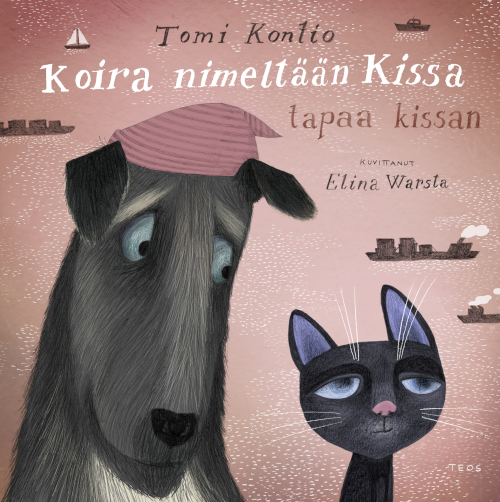 While waiting for the winners of the most important literary award of the year to be announced, we are thrilled to share that A Dog Called Cat Meets a Cat written by Tomi Kontio and illustrated by Elina Warsta has been chosen by the public as their favourite among all the nominees in the Finlandia Junior category.

In their comments, the readers have praised, among others, the importance of the topic and “a very touching storytelling”.

It is the fourth time that the Finnish Book Foundation organized public voting for readers’ favourite Finlandia nominee.

We remind you that A Dog Called Cat Meets a Cat was nominated in the children’s and YA category for the most prestigious literary award, Finlandia Prize. The winner will be announced on the 27th of November.