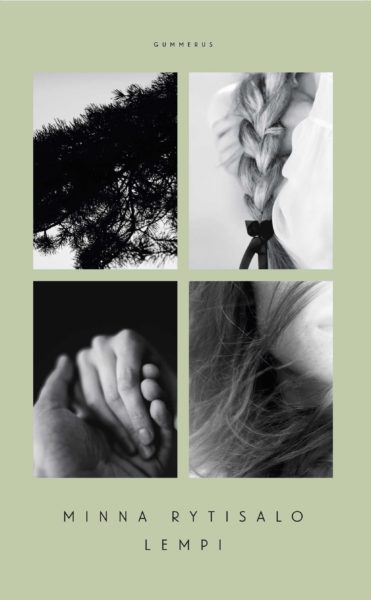 Love. Jealousy. Hate.
The consequences of an action from which there is no escape.

One summer and half a year, youthful play, a fairytale like happiness. But then war breaks out. Viljami leaves for the front, and Lempi, who is carrying her first child, stays behind with a maidservant. When the war soon ends, everything has changed, forever.

Lempi  is a novel with a singular voice about love, the thirst for life, happenstance, and fate. Rytisalo writes with a timeless but completely fresh and controlled language as she describes the tragedy that’s the turning point in the lives of three people. In the end the book shows how the main characters of their own lives are just supporting characters in the lives of other.

Minna Rytisalo’s bestselling debut novel has been praised by critics and readers alike for its rich language and well-balanced tension. It was shortlisted as the favourite book by German-speaking booksellers in Switzerland, also the Helsingin Sanomat Literature Prize, the Runeberg Prize and the Lappi Literature Prize. It won the Blogistania Finlandia Prize, voted by Finnish bloggers as the best novel of 2016, the Thank You for the Book Prize awarded by the Finnish Booksellers’, Librarians’ and Libraries Associations, and the Botnia Prize. The novel has sold over 25,000 copies so far.

“Rytisalo has created a precious tapestry where the feelings of the protagonists are timeless, dependless of place and totally fresh, as always in the best of fiction. The novel as a whole is excellently drafted and the language is amazingly balanced at all times.”
– Helsingin Sanomat newspaper

“ Lempi is one of the books that seem to have been created easily, as if the perfect text would just have flown from the author’s fingertips to the paper and set itself in a ready form. The novel is effortlessly stylish, a complete whole.”
– Aamulehti newspaper

“Lempi is a novel that is mature and poised, tormenting in its narrative patience, innovative in its choice of narrator and magisterial in its use of language. The dramatic arc reaches the perfect climax towards the end. There’s a new star on our literary sky.”
– Keskisuomalainen newspaper