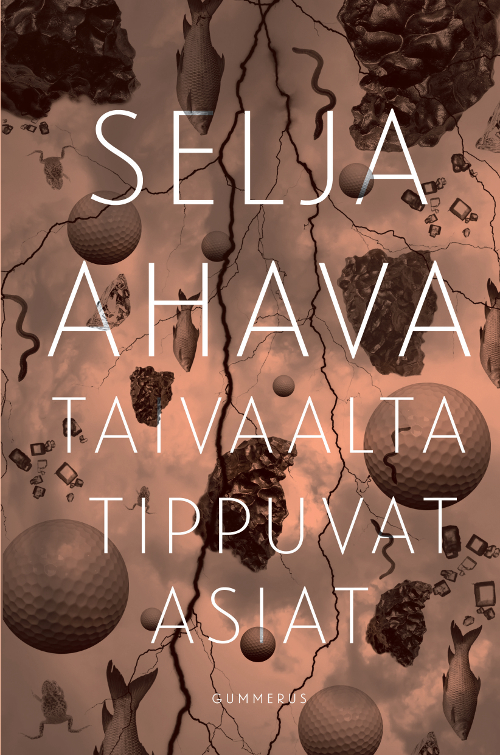 Winner of the European Union Prize for Literature 2016 – A novel about real life stories with the most unexpected endings.

On a sunny summer day, a block of ice falls from the sky and kills a woman on her home veranda. Her family, the 8-year-old daughter Saara and her father, move in with their Auntie who has won the lottery. Not long after, Auntie wins the jackpot for a second time and falls into a deep three-week sleep. When she wakes up, she is struck by questions: why me, why again, what next. She starts to correspond with a Scottish fisherman who has been hit
five times by a lightning.

After four years, Saara and her father move back to their old house with the father’s pregnant new partner. The house comes back to life and carries its own seeds of secrets.

Things that Fall from the Sky builds on the unexpected and unlikely turns in life – that are still totally possible. There is always someone who is in the wrong place, something that happens at the wrong time.

The novel was awarded with the European Union Prize for Literature in 2016, and it was nominated for the Finlandia Prize and the Torch-bearer Prize.

“The premise underscores the arbitrariness, absurdity, excess, and fatefulness of life. It is so unsettling that it makes you laugh. That is Ahava’s intention as well. These are all aspects of life that are true and recognizable. Through overstatement and juxtaposition, Ahava succeeds in depicting the human mind, for which any unexpected change can be disastrous, can throw one off the rails, or at the very least force one to reflect on existential questions.”
– Helsingin Sanomat newspaper

Also available:
The Woman Who Loved Insects (2020)
Before My Husband Disappears (2017)
The Day the Whale Swam through London (2010)