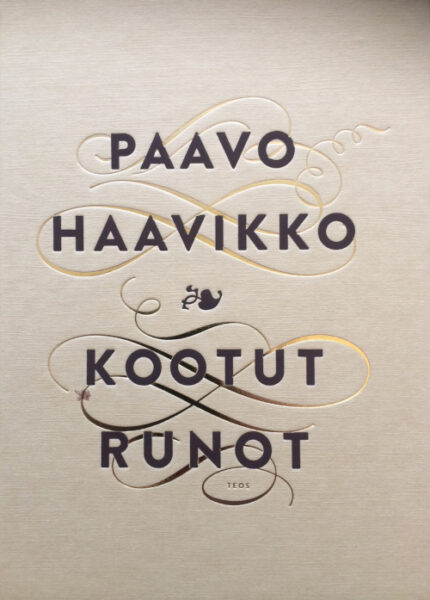 Jerusalem-based Carmel Publishing House will be publishing a collection of poems by Paavo Haavikko, one of the great 20th century Finnish modernists!

As stated on the publisher’s website, Carmel is an “eclectic, multi-faceted and fresh publishing house. Since its founding in 1987, its goal has been to enrich the world of Hebrew literature and culture by publishing the best of translated literature, encouraging local fiction, publishing fascinating non-fiction books that appeal to a wide audience and raising the profile of original and translated poetry.”

Paavo Haavikko (1931–2008) is considered to be one of the most significant writers in Finland’s literary cannon, and his poems have been translated into 12 languages. Last year, HLA sold Estonian rights of Haavikko’s poem collection to Eksa.

The poems will be selected and translated by enthusiastic translator Rami Saari, who also helped to draw publisher’s attention to Haavikko’s works.