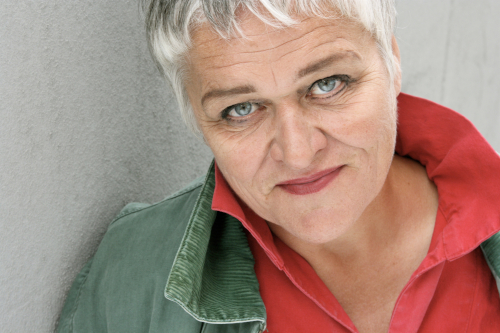 The shortlist for one of the year’s most important literary awards is now released, and we are very happy to see one of HLA authors on it. Pirkko Saisio was nominated for her newest work Prevarications. Confessions on Love, Writing and Performing (Siltala, 2019) along with seven other authors.

Prevarications is a charming collection with a sharp psychological eye and a wise view of the world. The hilarious, biting stories are woven together by an omniscient narrator, who moves flexibly from autobiographical fiction to fiction and back.

As Finland’s major newspaper Helsingin Sanomat stated about the book: “Pirkko Saisio has for a long time been her own genre, an author with a recognisable style, but in her recent works she has crossed borders and combined genres with ever more courage.”

Saisio is a well-known author in Finland who has been nominated for the prestigious Finlandia Prize six times, winning it in with The Red Book of Farewell (Punainen erokirja, 2003).

Runeberg Prize is named after the Finnish national poet, Johan Ludvig Runeberg, and it is often regarded to be the second most important literary prize after Finlandia. It is given yearly on Runeberg’s Day, the 5th of February. The prize, worth 10,000 euros, is given out in two categories: fiction and children’s books. We remind you that Malin Klingenberg’s and Sanna Mander’s hilarious children’s verse book The Life of Fart is competing in the children’s category.

Congratulations to the authors, and fingers crossed!