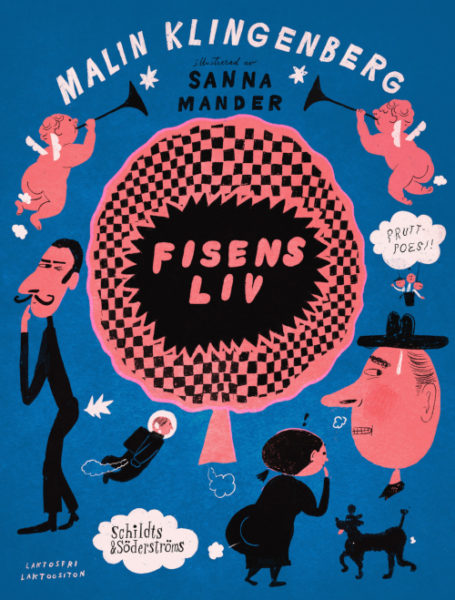 A hilarious collaboration of two celebrated children’s authors, Malin Klingenberg and Sanna Mander, has started its journey around the world. Life of Fart (2019) has immediately caught the eye of foreign publishers and has now been sold to Pushkin Press in UK and Rabén & Sjögren in Sweden.

Life of fart is an honest verse book that takes the young readers on a fun adventure exploring a phenomenon that many adults find tricky to talk about without getting embarrassed. With its vivid language and hilarious illustrations the book is a delight to the children who are constantly pondering curiosities of our daily life that no one is willing to explain to them.

Mander’s earlier collaboration (in 2018) with Anna Sarve was a huge success: she made an entrance into nonfiction with an adorable, colourful and intriguing The Spectacular Book of Princesses. The book has recently been published in Hungary and already gained some exciting reviews!

Meanwhile, Klingenberg’s quirky and funny six-book series for the middle grade readers, The Senior Squad , praised for its crazy humour and action-filled plot sold over 11,000 copies in Finland so far.