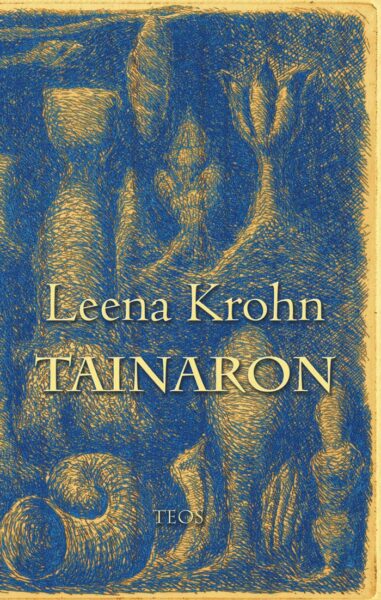 The inhabitants of Tainaron are insect-like, but their experiences and actions seem strangely familiar. We read about them in letters whose recipient remains nameless. The writer has arrived on a white ship to a constantly changing city located in volcanic region but does not remember why. Suffering from homesickness, the writer is also enchanted by the new surroundings and its inhabitants, such as Longhorn, the suspicious Miss Pumilio, the Guardian of the Oddfellows, the Rhinoceros Beetle and the Psammotettix.

In the novel unprecedented metamorphoses are witnessed, strange coincidences are enjoyed and the possibilities of existence pondered. The descriptions are often accurate depictions of the ways of life of particular species, but at the same time allegories of our own, familiar everyday world.

Tainaron, which was first published in 1985, was the breakthrough work of the prize- winning author Leena Krohn, whose subsequent career has taken her readers on long explorations of uncharted realities. The new edition of Tainaron (2006) includes two letters that were not included in the original work.