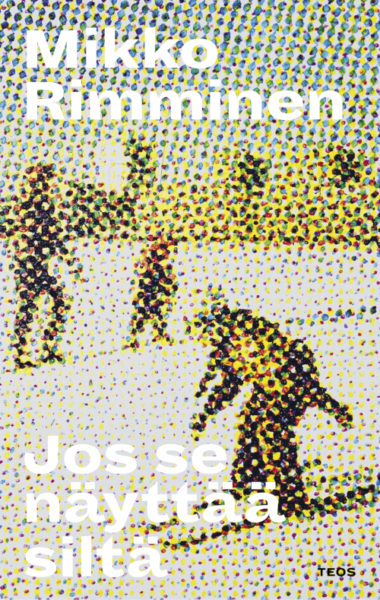 A Finlandia Prize nominated story of a sad human being whose loss, buried in his past, compels him to remain silent.

Acquaintances call Mr Lyysälä simply Lyy though he doesn’t really know many people. The gentleman is getting old quietly and doesn’t expect much from life. He goes on drives, lives in a block of flats in Helsinki and keeps his neighbours at an arm’s length. Only one of them, a young boy, appears to have formed an attachment to Lyy.

When the neighbours get together to celebrate the solar eclipse, the party goes horribly wrong. The kangaroo court of the property management company has no doubt about the identity of the guilty party.

The chronically taciturn Lyy does nothing to help himself. Every new attempt at interaction shrivels and becomes part of a series of damaging collisions which drive him into an even worse quandary. People who become upset along the way include the property manager, the caretaker’s wife and the thoroughly nasty Tietäväinen, who regards Lyy as nothing but a criminal.

Blame and guilt and the burden of carrying them are the ingredients which Rimminen mixes to create a gentle and beautiful treat.

The novel was nominated for Finland’s biggest literary award, the Finlandia Prize, in November 2019. Rimminen is already a winner of the prize with his previous novel Red Nose Day (2010). The news about the nomination can be read here.