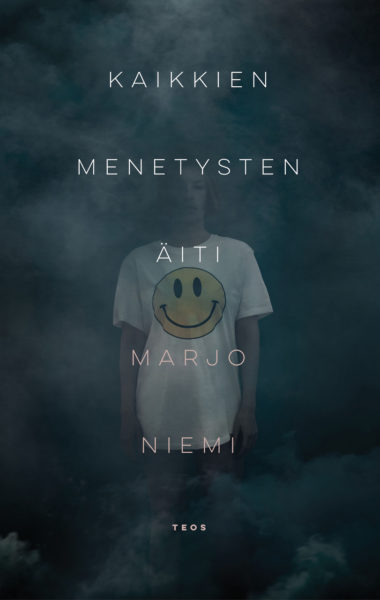 A frantic monologue about one generation’s experience of silence and guilt – Runeberg Prize winner 2018.

One winter day at work, a somewhat tired woman ends up on a dark stage, where the only spotlight is directed on her mother’s body, lying on a stretcher. When all of the explanations she can think of for her whereabouts – being in a dream, dead or insane – don’t seem totally plausible, well then there is nothing else for it but to start talking.

A frenzied monologue ensues, addressed to her mother and about her mother, her family and pretty much everything else, too. She may have inherited her deceased mother’s unwillingness to talk and touch, and it may be embedded in her own family, like the scenes that are cut into her monologue. But where is the she, and what exactly is her state of mind? She finds the situation so uncomfortable that she even has to roll around on the stage, and when she starts to record her mother’s silence her monologue turns into a crazy dialogue.

The Mother of All Losses will shake readers to their core. Niemi’s narrative style captures the true feelings of worry and shame in a voice that is hard to match. Her narrator is infuriatingly funny, over the top – and in distress.

The novel won one of Finland’s most prestigious literary award, Runeberg Prize in February 2018. Read more about the award here.

”Her narrative style is a fantastic combination of alienating and grotesque caricature and a candor that speaks directly to the reader.”
– Helsingin Sanomat newspaper