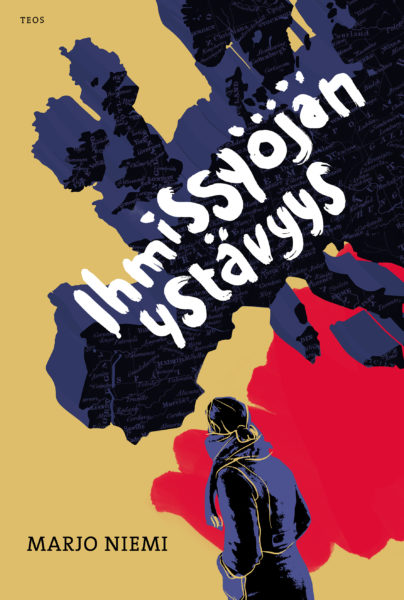 Can you wean someone from poverty? Do the rich have feelings? Is anything enough? What does history say of all this?

The restless writer is standing by the grave of her best friend Sonja. Sonja has committed suicide. No one understands why.

Now it is time for her to begin to write the novel, muster the courage, although the truth blinds like an arc lamp, the writer thinks, and begins her Epic Novel. It is the case record of the last psychiatrist and the last patient in the Lapinlahti mental hospital–a poetic allegory of the history of Europe, so the author thinks. Yet in the end, it is much more. Sonja has saved the writer in her teenage years from a miserable Finnish life and brought her straight to the upper-class part of Helsinki. The writer has never asked why.

“It is a long time since I’ve read a book this interestingly narrated.”
–Turun Sanomat newspaper

“Marjo Niemi’s beautiful novel insists that it is time that the literature steps into the present. With multiple layers she describes the modern Europe and how it has come about.”
–Suomen Kuvalehti magazine