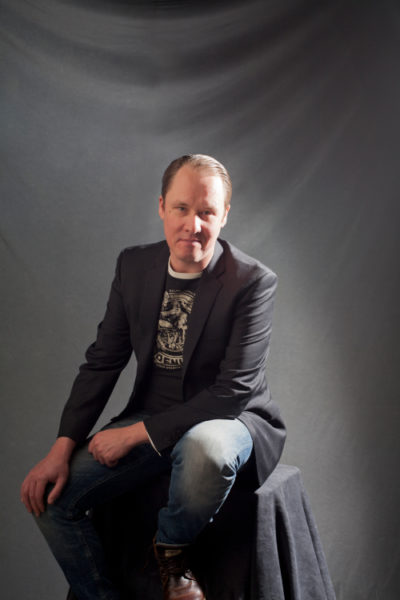 Your new novel If It Looks Like It was recently nominated for the most important literary award of the year, Finlandia Prize. This is not the first time for you either: Red Nose Day was Finlandia winner in 2010. How does this particular award change the life of a writer? Do you feel more pressure or perhaps, it’s a relief?

Actually I was already nominated with my first novel Park Life, so it’s the third time for me! However, although the winning year was pretty confusing in multiple ways and I simply didn’t have a clue what to think about all the hassle, it just feels good to remember those times. On the other hand – what comes to writing itself – winning the award was, after all, the most relieving experience: since then I’ve felt I can do whatever I like to do and just explore the mechanism of the novel form.

You seem to enjoy exploring characters that are sort of outcasts in our society: they are warm and very relatable, people who only wish good things for others; however, at the same time, they are quite problematic, socially awkward, shy and lonely… such is also the main protagonist Mr Lyy in If It Looks Like It. As someone who is not a native Finn, I can’t help but ask: aren’t those characters, at least to some extent, a certain embodiment of the Finnish mentality in general? Or perhaps, of someone in particular?

I think certain social inhibition is such a significant element in Finnish state of mind, that it would be a shame to not use all the opportunities to enjoy the everyday awkwardness! A simple question of  saying hello to a neighbour might lead to a major crisis and ridiculous choreography, and probably most of the Finns can recognise these situations well; but of course, for a non-native it can be even exotic to participate in this kind of stammering.

One of your trademarks over the years has been your unusual use of language, masterful and entertaining linguistic games. Do you remember, when did you first come up with the idea of creating and using neologisms and narrating in such manner? Were there any inspirations behind it?

I hear lots of questions about my way of using the language, but the more I think about the issue, the more confident I become that I don’t actually create or invent anything! Every time I intentionally try to to build up some unusual expressions, the results look unnatural and embarrissing, so in the end I think that the language twist must be somehow related to some kind of a brain injury.

And of course there’s the nature of Finnish language, which has some delicious linguistic specialities, for example its synthetic structure, which makes possible to build enormous word monsters like “epäjärjestelmällistyttämättömyydellänsäkäänköhän”, a word that means absolutely nothing, but is often used as an example of horrifyig potential of our language.

This is a tricky question, but what do you think eventually happens to Mr. Lyy? Is there a happy ending to his story?

During the writing process I constantly felt guilty dragging poor Mr. Lyy from a crisis to another (and even verbally bullying him for his unluck), so I really hope he’s doing well after all my abuse. To be honest, when I found him and the story a couple of years ago, I knew that the combination simply can’t end happily. However, I’ve made almost everything I can to leave some potential light to the end of the novel.

Actually I was already working on another project before Mr. Lyy rushed to mess up my thoughts, so I’ll probably stick to that plan for the next couple of years. It’s a road story about a taxi trip from Sicily to Helsinki, so at least there’s gonna be some driving and travelling!

What is your favorite word?
At the moment it’s mieto (“Mild” in English); I love to use it in the most hyperbolic way.

What is your least favorite word?
I mildly hate the word mutta (“but”), which usually predicts all kinds of unnecessary complexity.

What turns you on creatively, spiritually or emotionally?
Boredom!

What turns you off?
Unjustified illusion of ability to do something to the same boredom.

What is your favorite curse word?
Hiivatti (something like “darn”, especially when paired with repressed rage).

What sound or noise do you love?
A person or a animal snoring in the same room.

What sound or noise do you hate?
The beeping sound of a reversing truck.

What profession other than your own would you like to attempt?
Would be lovely be a capable taxi driver!

What profession would you not like to do?
Would be most repulsive to be a butcher.

If Heaven exists, what would you like to hear God say when you arrive at the Pearly Gates?
“Please follow the red line to the elevators.”