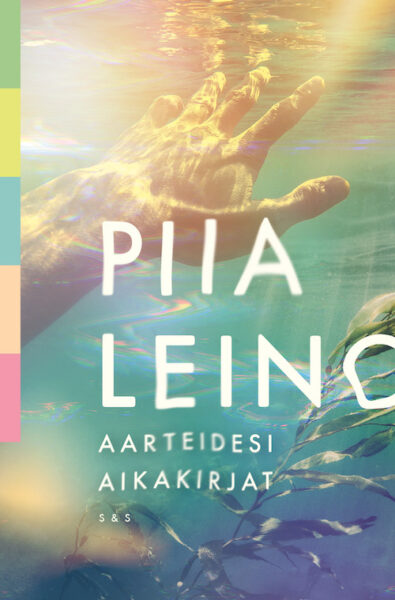 A fascinating dive into the rich fabric of memories.

”Everything might have turned out differently if I hadn’t been the first to fall into that memory. Later I concluded that boat trip had taken place in 1984. He wasn’t young anymore then, not yet old, 34 years old, 38 years away from his death.”

In the 2020s, the willing are allowing their bodies to be frozen to await a time when their illnesses can be cured. A century later, death is still insurmountable, but a cryonics company has come up with another use for the frozen bodies. The memories of selected
millionaires have been downloaded onto machines for historians, miscreants, and treasure hunters to experiment with.

Oula’s simple and streamlined everyday life in a safe, loosely-knit community feels empty, but making dreams come true still requires money in the 22nd century. Oula gets a tip about a hidden treasure in her hometown, and the memory machine offers a path to it.
However, in the midst of exploring the memories of a jovial millionaire, Oula finds something altogether surprising – and it forces her to decide what’s really important.

The Heirloom Chronicles is a fast-paced novel set in a convincing world constructed in the future, which grows into a noble tribute to the joy of life and the intrinsic beauty of the human mind. Leino, who was awarded the European Union Prize for Literature for her novel Heaven (2018), has become known for her visionary and captivating novels.

“The Heirloom Chronicles is novel of many layers that is throught-provoking and gets the mind’s gears turning. Its themes perfectly match today’s reality, where the unsustainability of our way of life is accentuated by a lack of resources, energy dependence, loss of nature,
waves of animal extinction, and the numerous consequences of climate change. Humankind stoops to being a species among species.”
– Helsingin Sanomat newspaper