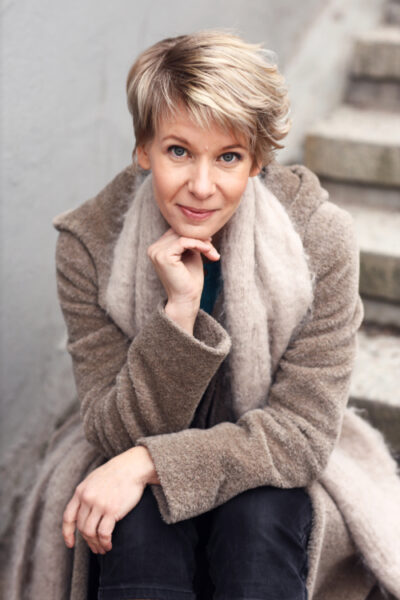 Selja Ahava (b. 1974) is a dramaturge and a scriptwriter.

Her acclaimed debut novel The Day the Whale Swam through London (2010) was a nominee for the Helsingin Sanomat Literary Prize, and it won the Laura Hirvisaari Prize (The Bookseller’s Literary Prize) in 2010.

Her second novel, Things that Fall from the Sky (2015) was awarded with the European Union Prize for Literature in 2016, and it was nominated for the Finlandia Prize and the Torch-bearer Prize. It has so far been sold to 24 territories.

Her third novel, Before My Husband Disappears (2017), is one of the most talked about books in Finland in the autumn of 2017. In 2020 her new novel The Woman Who Loved Insects was published.