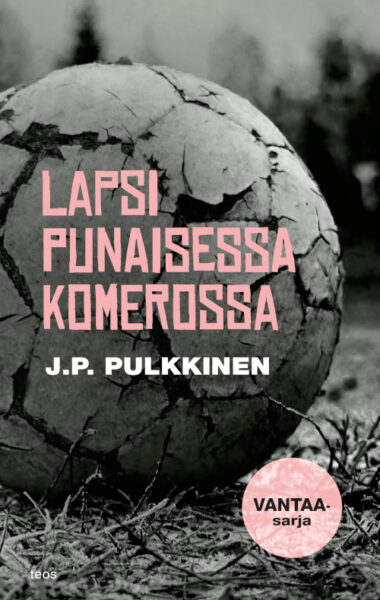 The latest work from the master of socially conscious suspense takes readers on a journey deep into the land of sad songs.

The youngest child of a broken home, eight-year-old Helmi is allowed to come and go without much comment from her divorced parents. Helmi finds solace in the woods, listening to her older brother Otto’s ancient Walkman, or in the cupboard Otto built at her mother’s. From this safe, closed space, Helmi can safely monitor goings-on in the home.

But when Helmi’s mother disappears and even the police are unable to find her, the few remaining intact pieces of Helmi’s life lurch out of place.

Detective Liina Vahtera, who is investigating the pieces of her own past, tracks Helmi’s mother life, which is littered with alcohol, men, an outdoor Queen concert – and ultimately, not only bad luck and indifference but also genuine evil. Meanwhile, Liina’s recuperating colleague Timo Markkula opens his own psychological cupboard, where he has packed away his work, his memories, and his curiosity.

J.P. Pulkkinen’s The Red Cupboard is the third stand-alone novel in a crime series centered on the city of Vantaa – a rough-around-the-edges boomtown just north of Helsinki. The realistic milieu is combined with credible characters and crime-solving that demands awareness of interpersonal relationships and how they change over time.

“J.P. Pulkkinen has an eye and an ear for nuance. With a few choice words, he paints an inner landscape quite unlike the usual straightforward, story-driven mainstream of Finnish crime fiction.”
– Kauppalehti Optio magazine on The White Crow