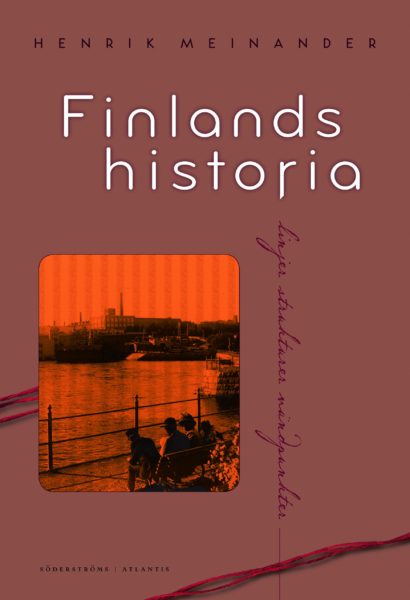 What is Finland in the beginning of the 21st century and how has it gotten there?

A History of Finland paints a brisk and bold picture of Finland from integrated part of the Swedish kingdom to autonomous Grand Duchy within the Russian empire, gradually transformed and maturing into a conscious nation, independent state and skilful adapter of modern technology.

The book places Finland in a wider Nordic and European perspective and skilfully weaves political, economic and cultural developments into an integral whole. The analysis shows how human and natural resources in Finland have been utilised and what kind of an impact the cultural heritage and technological innovations have had on the country.

In a departure from most conventional approaches, Meinander gives greater emphasis to recent and contemporary events. In other words, he puts Finland into a range of historical contexts to highlight how the Baltic and European settings together have formed Finland into what it is at the beginning of the twenty-first century.

A History of Finland, valued by historians and common readers alike, has sold in Finland almost 30,000 copies.

“ […]  a thoughtful and eminently readable volume. […]  Meinander gives readers an opportunity to look back in an unusually nuanced and informed manner.”
– Andrew Newby, English Historical Review

“Neither publisher nor author was lacking self-confidence when they decided to produce this survey of Finnish history. […]  Meinander is a master of elegant compression and writes with precision and subtlety. […]  The result is a genuinely entertaining read.”
– Helsingin Sanomat newspaper

About the author:
Henrik Meinander