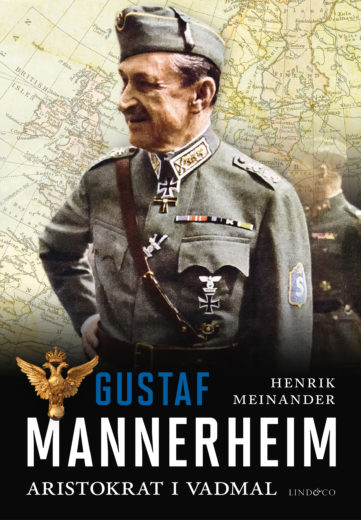 How the scion of an aristocratic family became a Russian imperial officer, spy – and leader of the Finnish republic?

Gustaf Mannerheim (1867–1951) is the most distinguished and controversial figure of 20th-century Finland. He was a soldier, strategist and statesman who was at home on the playing field of international politics.

After a wild youth, this scion of a Swedish-speaking aristocratic family went to seek his fortune in St. Petersburg, capital of the Russian empire. There he rose to the rank of a cavalry ofcer and entered the glittering, cosmopolitan crème de la crème of St. Petersburg. After the Russian and Japanese Wars, Mannerheim led an espionage expedition on a two-year, 14,000km journey
to China. After his return his career in the imperial army rapidly reached its zenith.

In the revolution that followed the First World War, the Russian empire crumbled beneath the imperial ofcer. Mannerheim returned to Finland. He commanded the White troops in the Finnish Civil War of 1918 and the Finnish army in the Second World War against the Soviet Union. The wars and his short precidency sealed Mannerheim’s position in the national pantheon.

In the concise biography of Mannerheim the extraordinary events of his life and his strategic vision are set in the broader framework of the superpower politics of the era and the development of Europe.

About the author:
Henrik Meinander