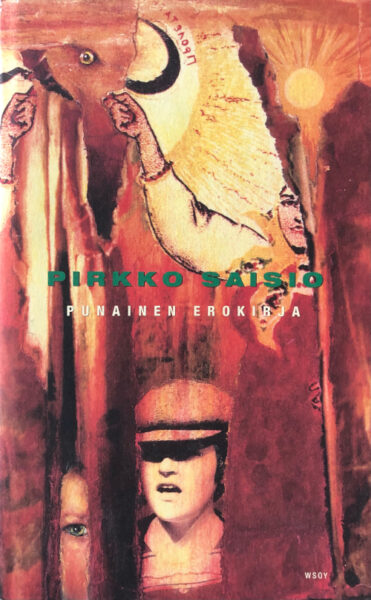 The Finlandia Prize-winning concluding part of the autobiographical trilogy by a master of Finnish literature.

In the Red Book of Farewells, the protagonist is approaching adulthood and joins Helsinki Student Theatre, which is forthrightly Communist in attitude. Soon she meets her great love, Havva.

These starting points trigger off a series of many farewells to be taken over a long period of time. Her mother cannot accept her daughter’s sexuality, and the protagonist also has to get away from Communist political activism. Years later, the “she” of the novel has a baby but Havva leaves. At the end of the book, the grown-up daughter, Sunday’s Child, leaves home.

The Red Book of Farewells describes the discovery of a sexual identity and a vocation as a writer, the political student activism in the 1970s, and intense love affairs. Saisio’s fragmentary and at the same time lyrical style is an integral part of her autofiction, in which fact becomes fiction as the tense changes and in which ‘I’ is ‘she’, both the object of scrutiny and an autonomous agent.

About the author:
Pirkko Saisio