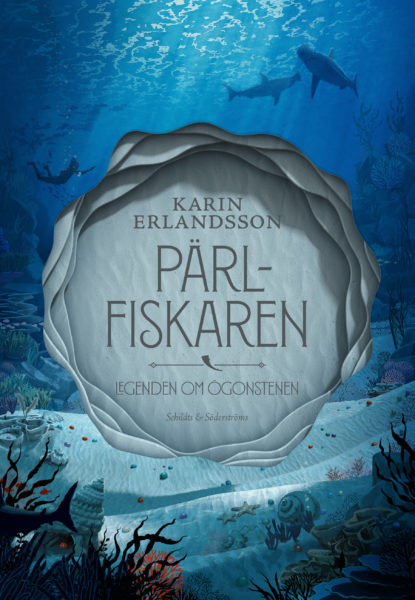 A compelling story of a magical underwater world with dangers unlike anywhere else – Runeberg Junior Prize 2018!

Imagine a world in which colorful pearls are the most important currency. The ocean floor is covered in the pearls, and the queen can never get enough of them.

Miranda is the most skilful pearl fisher of all, and she believes she can find the pearl that everyone wants: the mythical eye gemstone. It’s been said that the one who finds this precious stone will never have to want for anything again. People also say that there are pearl whisperers who can hear the song of the pearls and lure the pearls to them.

But how can Miranda find the precious pearl when Syrsa, that babbling little girl, insists on tagging along and doesn’t even know how to dive properly? And why are Miranda and Syrsa being followed by Iberis with her burning eyes?

The Pearl Fisher  is a story of a magical world in which pearls sing and rose sharks lie in ambush behind the rocks. It’s also a story about longing, friendship and the things that are really important in life – in the same spirit as Astrid Lindgren’s Ronia the Robber’s Daughter and The Brothers Lionheart .

The novel was chosen as the winner of a children’s novel competition organized by Schildts & Söderströms Publishers in 2016. Karin Erlandsson has written two novels previously; her debut novel was shortlisted for the Nordic Council Literature Prize.