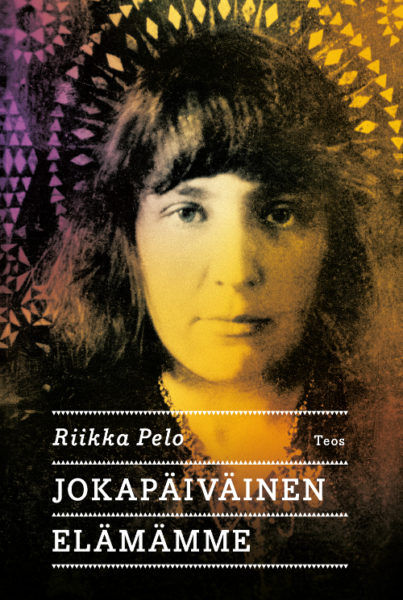 Finlandia Prize winning novel about a poet’s and her daughter’s fates in the shadow of the Soviet state apparatus.

Our Earthly Life tells the story of the Russian poet Marina Tsvetaeva (1892–1941), her daughter Alya and their attempt at establishing a contact with each other in the two decades before the outburst of the Second World War.

While Alya tolls in a forced-labour camp in Kom, Marina is thousands of kilometres away, evacuated in Jelabuga. The secret police is pressing both to surrender what still holds them together as human beings. During a single day, both will have to decide how to go on with their lives.

Our Earthly Life is a forceful and shockingly beautiful description of humanity, despair, love, betrayal and writing. It is an unforgettable story about a family internally cracked but determined to maintain its unity when Stalin’s terror is set to destroy it.

The novel won the Finlandia Prize in 2013, and it was a nominee for the Runeberg prize. It has sold over 50,000 copies in Finland.

“Riikka Pelo’s second novel, Our Earthly Life , offers a wide spectrum to the Russian sentiment from the 1920’s to the 1940’s. […]  Pelo has chosen the point of view courageously: the monologue of a young Soviet woman cuts into a poetic girlhood and Marina’s indirect narration. The sentences broaden to comprise pages, the expression bends into a prose poem.”
– Helsingin Sanomat newspaper

”All in all Our Earthly Life  tells about dozens of loves. […] Throughout the novel Riikka Pelo plants precise, beautiful, peaceful details about our earthly life amongst the bad and sad things. […]  This is a beautiful, grand novel about immensily difficult things.”
– Parnasso literature magazine