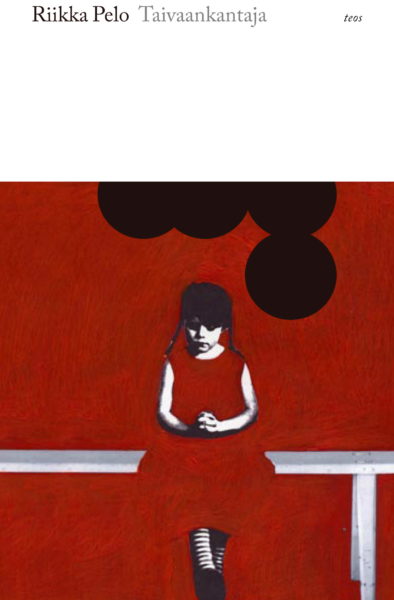 On a remote Finnish farm at the end of the 1960s, Vendla’s grandmother is waiting for the Apocalypse and relying on the strength of hymns and gospel to raise Vendla. Vendla is small but she has already discovered that she bears the stamp of her disgraced mother’s and grandmother’s sins.

Seeking a language of her own to escape the stifling religious community, she gives names to places: Big-Road, Forest-on-the-Other-Side, Land-of-Two-Rivers, and the Village where the religious people live. A bit further away is the Heaven Vendla’s grandmother longs for and The Promised Land where a war is being waged.

In Vendla’s imagination there is also a Land of Skirts whose way is marked by the skirts and shoes of Vendla’s mother.

When three children disappear by the river the inhabitants of the village wake from their stupor. As believers and non-believers alike search the river, they are forced to contemplate their sacrifices and their faith in God–and in each other.

Both lyrical and menacing, The Heaven-Bearer skillfully captures the mysticism found only in children. The novel was awarded with the Tiiliskivi Prize and nominated for the Runeberg Prize and the Christian Book of the Year Prize.

“The Heaven-Bearer is a complete book: a vigorous novel and exciting as a detective story.”
– Pohjalainen newspaper