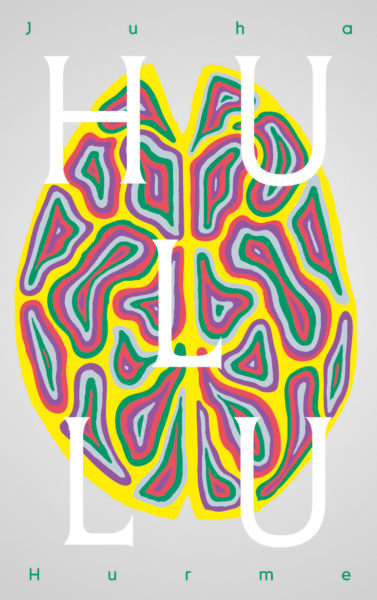 A story about how your mind goes out for a walk and returns only after a month.

One day the familiar and the everyday fail him. He undergoes a breakdown and his lost mind takes its owner to the door of the mental institution. He examines the world and himself from the psychiatric ward, through shattered words and with the aid of his unhinged mind. The time in the depths of his mind lasts from early December to the new year, although the passing of time is very erratic, depending on hallucinations and medication.

When he decides to kill his relative time by writing a play about mad people, praising madness, his most serviceable strength gets busy: the play opens at the New Year’s party of the psychiatric ward. It’s not put on as it should be but it’s put on.

It isn’t too comfy in the basement of society, but the good thing about hitting rock bottom is having firm ground under your feet. There are also interesting characters in the basement, mad enough to speak their mind in this direct narrative.

Juha Hurme’s Mad is a wintery journey to the human mind. The play based on the novel has been an immense success.

“Juha Hurme understand drama. Novels that take place in a psychiatric institution are usually glum in tone. This time the narrative is smooth, it ripples and pops. The result is something you could compare to Ken Kesey’s classic One Flew Over the Cuckoo’s Nest.”
– Helsingin Sanomat newspaper

“The general effect is raucous and entertaining for the bystander, even though the narrator themselves is at times going through the end of days. Hurme’s enchanting narrative is agile and eclectic. The story proceeds similarly to a thought. Everything flows in the same stream of consciousness, even the spoken lines.”
– Lapin Kansa newspaper

“Hurme’s sophisticated text is comparable to the classics of existential pondering, such as Albert Camus’ The Stranger and the accounts of mental delusions, such as Franz Kafka’s The Metamorphosis. Existential questions in this book are prominent but not gut-wrenching.”
– Teatteri & Tanssi magazine

“Manic depression, surviving psychosis and the unhinged everyday of a psychiatric institution have seldom been described this accurately.”
– Apu magazine