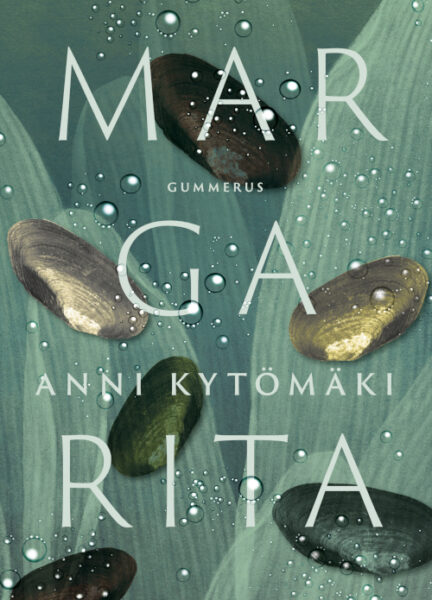 As soon as a pearl fisher opens a shell, it dies. When a person’s shell is disturbed, the consequences can be equally drastic.

Senni gives massages to the summer tourists at the baths, just as her father used to. The summer makes her long for snowy, faraway fjords, but a rainy night unexpectedly changes everything.

Mikko is a soldier returning to the front line after his time at a field hospital. He’s destined not to leave his post again, even though he’s worried the last battle will be soon at hand.

Antti is examining woods in the occupied Karelia as well as Finland. After the war is over he will decide which forests to raze and which to save.

Margarita is story about the untold history of forests and people. In the 1940s and 50s forests, men and women were shouldered with well-meaning duties. However, the success stories have another side to them. Fulfilling the societal obligations turns the characters’ lives with fateful consequences.

Anni Kytömäki’s first novel Goldheart (2014) was nominated for the Finlandia literary prize, and received the Kaarle prize, Blogistania Finland prize, Torch-Bearer prize as well as the Tampere City Literature Prize. Her second novel Stone Weaver (2017) was once more awarded the Tampere City Literature Prize as well as the third place on the bestseller list.

About the author:
Anni Kytömäki