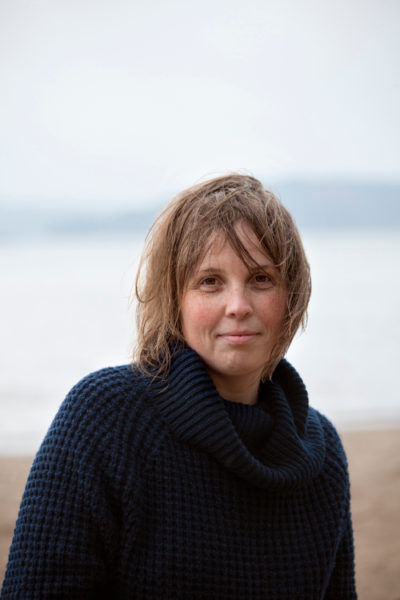 You live in a quite exotic place: Åland Islands. Was this beautiful archipelago the main inspiration for the magical world of the Song of the Eye Gemstone series? Could you elaborate, how did you come up with it and the life, the works and routines of people living in that world?

No, it’s was not the archipelago that was my main inspiration. Instead, it was the deep feeling of longing for something I don’t have. But, the beautiful archipelago was the perfect setting for the story.

I never plan ahead, I get as surprised as the readers when I’m writing. It’s a fun way of writing, but risky. The people and the routines … well, I’ve been often pleasantly surprised while writing.

The sea at our summer cottage is clear, I often dive and find white shells, it’s almost like diving for pearls. Almost. My instinctive way of writing means I am taking all my experiences with me all the time.

There are a lot of main female characters in the series: a sort of a sisterhood (even though it is not that easy at the beginning) between Miranda and Syrsa; the wisewoman and healer Lydia; even the “bad guy” of this story is a witch-like woman called Iberis. Was it a conscious decision? Many writers have noticed, that strong girls still rarely star fantasy books, and even more rarely they form friendships among themselves. Do you feel that way, too?

Therefore, I wanted all my main characters to be female, the good ones as well as the bad ones. I’ve been visiting about 100 schools presenting my books, and I know that my strategy works. Not a single boy has asked for more men in the story (teachers have more problems with it, because they think that boy readers are limited. I know that they are not.)

You brilliantly and poetically portray the most sensitive, complex and abstract inner feelings and qualities of human beings: longing, sometimes unreasonable stubbornness, the sense of having someone and something truly important in your life and being responsible for it… Is it your way of trying to show the reader what’s important in life, or your way of exploring humans – especially the young ones?

It’s my way of showing myself what’s important in life.

The series has been very popular in Finland, selling over 13,000 copies so far. Where do you personally think lies the secret of its success?

I believe in children, and their capacity. I believe children know about evil, loneliness and longing for something. Adult readers (at least some of them, the simple-minded ones) think that children haven’t experienced big feelings, but I know they have. Longing, for example, is probably something every human wordlessly know. Maybe we all live with a lack of something? I think children readers recognize my respect for their knowledge.

You have previously written adult literature as well. How different, if at all, is writing and creating characters for teenagers? Have you gotten any chance to hear feedbacks from them?

I’ve been thinking about this question a lot, it’s a very common question: what’s the difference in writing for adults/teenagers. Truly: I don’t know. I don’t compromise with anything, and the language is always the language that the story demands.

I’ve been visiting a lot of schools talking about The Song of the Eye Gemstone, and I get a lot of feedback from children. They have many questions, for example: who is Iberis, the evil one? Is Miranda ever gonna meet her father again?

To give answers to such questions in the books has been important for me, since I’ve learned that it is what children want to know.

I have an idea for another series for teenagers, but it’s such a secret that I almost haven’t told it to myself yet. I’m also writing a novel for adults about seafaring, or more correctly, about the women who needed to stay home with children and farming while their husbands traveled around the world.

What is your favorite word?
Varselkläder. The Swedish word for the yellow clothes road builders were. It’s a very effective word that describes exactly what we are dealing with.

What is your least favorite word?
Moist (the English word).

What turns you on creatively, spiritually or emotionally?
Feelings, nothing more than feelings.

What turns you off?
When something is not as promised or planned. I’m not a very flexible person.

What is your favorite curse word?
Gudars skymning (please, google it!) and satanshelvetesjävlaskitfan (please don’t google it!)

What sound or noise do you love?
Music from outdoor concerts when I’m going to sleep with the balcony door open.

What sound or noise do you hate?
Mosquitos, when I’m going to bed listening to an outdoor concert with the balcony door open.

What profession other than your own would you like to attempt?
I’ve been working as a journalist for thirteen years, and I truly love it.

What profession would you not like to do?
I’m not a nursing person. When my husband has a flu I just want him to get a grip and get well. I think I would be a really terrible nurse.

If Heaven exists, what would you like to hear God say when you arrive at the Pearly Gates?
“I and all your loved ones have been waiting for you. Welcome.”