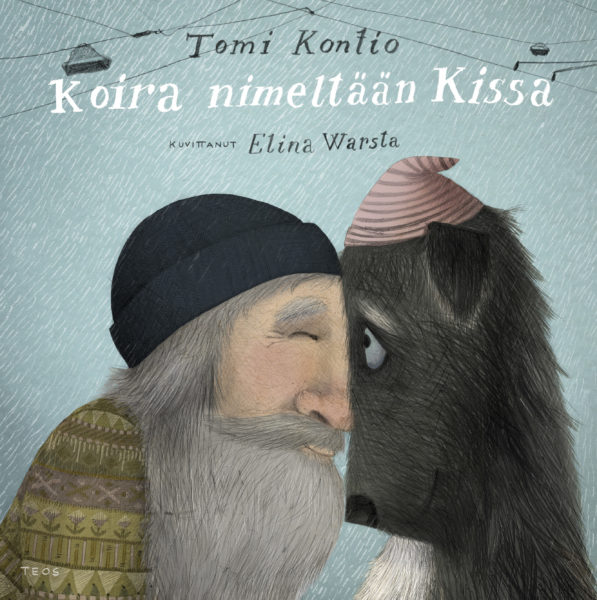 Two rootless and rejected mongrels come to know one another in a disarmingly beautiful picture book about friendship.

A small puppy is named Cat because her mother fears the puppy will end up alone. Mother tells her she ought to be as independent as a cat.

But the dog called Cat feels lonely, not independent, and everyone thinks she’s different.

One day Cat ends up in a new city and meets a man called Weasel. The new friend gives her life a meaning and direction, becomes her home and refuge.

The Dog Called Cat  is a story about an unlikely friendship between two lonely individuals. It deals with accepting difference, seeing people without prejudice and the importance of looking beyond the surface. The bittersweet, humorous book shows life in all its guises. Even those of us with a rougher lot can experience joy and happiness.

In 2016, the book was shortlisted for a Nordic Council Children and Young People’s Literature Prize and nominated for the IBBY Honour List for Elina Warsta’s illustration.

”The picture book  The Dog Called Cat by the author and poet Tomi Kontio and the illustrator Elina Warsta is a genuine treasure. Kontio’s lyrical text is well thought out and flows beautifully through the book. Warsta’s illustration appeals with its beauty and harmony without being too smooth. There is rare delicacy and bravery in the combination, which is bound to touch the reader.”
– Helsingin Sanomat newspaper