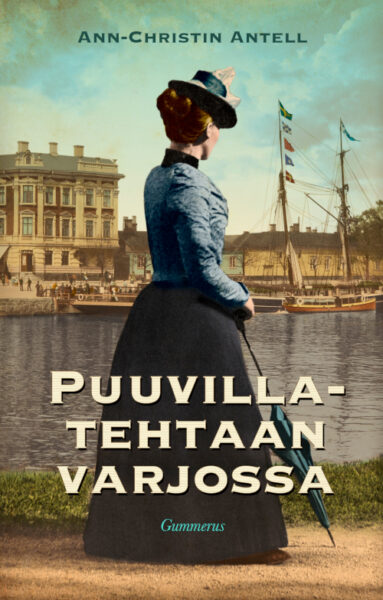 Love, conflict, and ideological zeal amid the social upheaval of the 19th century.

It’s the sunset of the 19th century in the Grand Duchy of Finland, an autonomous area of the Russian empire. In the city of Turku, the young widow Jenny Malmström devotes her considerable energies to improving the status of women and the living conditions of factory workers.

A project to provide housing for workers sets Jenny up against Fredrik Barker, the arrogant son of a cotton mill owner, who seems to represent everything Jenny is fighting against. Suddenly Jenny finds herself between a rock and a hard place: should she listen to her principles – or her heart?

The Shadow of the Cotton Mill depicts the life of an independent woman in an era when industrialists make up the new elite, women demand equality, and Finland’s status as a nation is undergoing a transformation. Upon its publication, The Shadow of the Cotton Mill shot up the Finnish bestseller lists, selling close to 40,000 copies in its first year.

“Her blood was boiling. What an arrogant, despicable person! Never before had she encountered such impudence, such condescension. No feeling for the less fortunate. And the labor and lives of countless people lay in the hands of such men! She sincerely hoped to never lay eyes on Fredrik Barker again as long as she lived.”

About the author:
Ann-Christin Antell