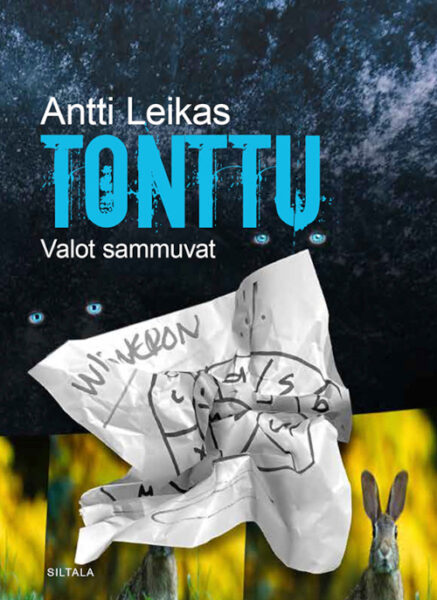 An expedition to the strange side, in which the universe itself is not safe.

The author Antti Leikas has writer’s block. He has lost contact with the gnomes, and the structure of the universe will not reveal itself to him, even though he dreams about it every night.

Meanwhile, at CERN, the European Organization for Nuclear Research, preparations for a series of tests meant to reveal the secrets of dark energy are close to complete. But the instruments begin reacting to something surprising and strange, and alarm bells start ringing in the ears of the most eminent and eccentric researchers.

At the same time, a boat bobs on a peaceful pond in the middle of the forest, with two gnomes sitting in it. They don’t catch much in the way of fish, but the mood is always more important anyway. This time the mood is ruined, though, for the gnomes have been sensing disturbances in cosmic background radiation. Not to mention the fact that something is awry in the mycelium that connects the thousands of gnomes worldwide: one of their number seems to have vanished.

The tranquil fishing trip must be abandoned and help sought from Leikas, who is linked to the gnomes in a mysterious way.

The Quantum Gnomes is a fast-paced picaresque novel with a spec-fic twist – an absurd adventure that refuses to submit to the laws of time and place. As the structures of the universe begin to tremble, a peculiar chain of events is set in motion, with parts played not only by the vast clan of gnomes and a self-doubting author, but by God, the most prominent physicists in the history of the world, and Leikas’ deceased father.

About the author:
Antti Leikas