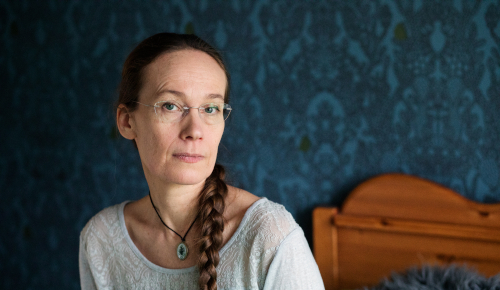 Marja Kyllönen (b. 1975) has published three novels: Leaded Loins (1997), which won the Helsingin Sanomat Literary Prize for best debut of the year, Violations (2001) and The Undeparted, which is a nominee for Finland’s biggest literary award, the Finlandia Prize. Her radio play Silent Partner (2010) was selected as Finland’s nominee for the Prix Italia.