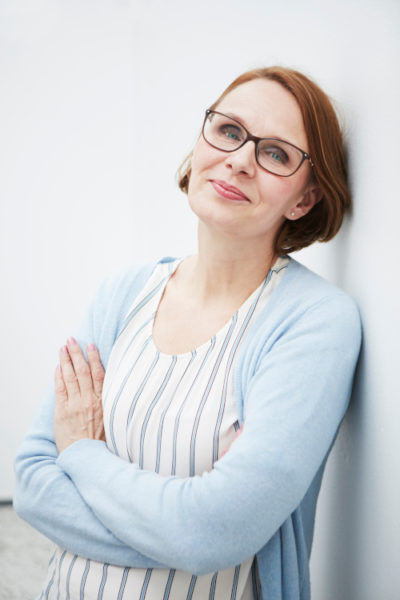 You are a rather exceptional Finnish author, since your works deal with Japanese culture. Could you explain a little about the beginnings: how did you end up in Japan and how did you decide to start writing about it?

I grew up with my mom, in a small town in Eastern Finland, in a shadow of a paper factory. I knew very early that I needed to get away: that life and that place was not for me. I left my home without knowing where I would stay second night and I never went back. My family members were simple people in simple occupations, leading a simple life.  I wanted to reach higher. I wanted to study in the university and learn about foreign cultures. I started with Indian languages and cultures but at the same time took lessons in Japanese language. My mind was immediately set at the same level with Japanese mind. First time I went to Japan was in the summer 1989. I was going to start my one-year Tea studies at the Urasenke Chadō Senmon Gakko in Kyoto in the fall and left a month earlier to travel and see Japan before the semester started. University studies and later five years of living in Japan built a wall between my mother and I. Eventually, we became like a foreign people to each other.

I have experienced many different “worlds” in my life: I know what it is like to live a life as a single mom’s daughter in a small town. I know the academic world in its good and bad. I have had my life in Japan, which was the time of serenity in my adult life. Later I have experienced motherhood three times and spent many years at home.  I have reached the end of satisfactory academic career and searched for new beginnings with open mind, became a public health nurse, and later on, a specialist in preventive health care. It was the huge crisis for me to step aside from academic life.

For these reasons, I started to write about Japan. I did not want to lose it all – and I did not: now I am writing books about Japan and introducing Finnish healthcare system to Japan, to Japanese Crown Prince and Princess as well as Parliament members. Nowadays I visit Japan regularly and give lectures at the Tokyo Medical University. If someone had told me 20 years ago that I would end up living such life, I would have said they were crazy.

I would say that the Japanese people have long had a soft spot for Finland, which is, for example, reflected in tourism. Where do you think lies the reason for it? Do you see similarities between Finnish and Japanese cultures and societies?

We share similarities and differences. We share the love for nature. Finnish people love to spend time in their simple summer cottages and love to hike in the woods enjoying the smell of the moss, swamps, wild berries as well as the sound of the wind in trees. Everything is calm and quiet. For the Japanese, this kind of experience of nature is rather scary because they do not anymore have an easy access to the wilderness in their everyday life as we do. Finnish forest in its silence, emptiness and infinity seems too overwhelming for the modern Japanese and rises anxiety.

Finally, we share similarities in praise of a simple form in design or architecture. Finnish simplicity grows from agricultural society – it is functional. Japanese simplicity is born through the noble culture and aesthetic ideas. Even if it is simple in form, is it noble in spirit. The combination of similarities and differences creates the harmony of polarity, which may fascinate the Japanese mind.

Tell us a little bit more about your most recent book, Wabi and Sabi. Meditation Journal. How can the concepts of wabi and sabi help us in our everyday lives? Do you keep a meditation journal yourself?

Wabi and Sabi. Meditation Journal is my step to go “back to the roots”. When I gave this book as a present to my Sensei in Japan, he said: “It’s good to see that the time was not wasted when I forced you to study through 99 volumes of Nihon Koten Bungaku Taikei and read poetry”. I have always kept diaries. I feel sad to see how this habit is fainting away and how it is becoming little by little “a past culture”.  I wanted to share some ancient and modern poems with readers as a source of inspiration. It fascinates me that Japanese poems still have the same ancient form: tanka, for example has the same amount of syllables (5-7-5 -7-7) as more than 1000 years ago.  I think this is rare in Western cultures. As for me, my way to keep a meditation journal is to write poems in tanka form, but in Finnish language. It is an excellent way to focus and practice your skill to use words in a minimalist way. I like that. I also gave this book as a present for Princess Kiko when she visited Finland last summer, since many of the poems are from early Imperial Anthology of Japanese poetry.

Are there any habits or ideas that you adopted during your years in Japan that you’d wish people in Finland and around the world also learned?

I keep on writing. My next book is about the bond between Sensei and his student: what Sensei teaches a student about the Japanese beauty and art, but also what this student teaches Sensei…

What is your least favorite word?
In Finnish: “peräaukko” (“rear opening” a.k.a. anus), in Japanese: “harakiri” (“suicide”), in English: all the words that I cannot pronounce, e.g. jewellery and suggestion among many others.

What turns you off?
All work and no play makes…

What is your favorite curse word?
Perkele – in all languages.

What sound or noise do you love?
Sound of waves at the sea shore.

What sound or noise do you hate?
Machines.

What profession other than your own would you like to attempt?
Diplomat.

What profession would you not like to do?
Factory worker.

If Heaven exists, what would you like to hear God say when you arrive at the Pearly Gates?
“Welcome, Minna! We have prepared a house for you at the beach and just to let you know, your books are also published by the Heavenly Publisher and they are loved here, too!”