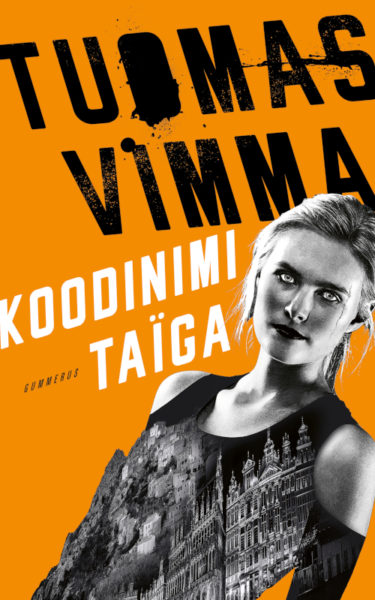 Can a Finnish woman warrior’s tenacity hold out when a superpower’s highly-tuned machinery of violence is trying to hunt her down?

Katariina Päivänsalo, the Finnish daughter of a Corsican terrorist, has been placed with her father at the top of France’s enemies list. With a contract killer on her heels and Camille, a drug dealer declared officially dead years before, as her foil, she eludes the clutches of separatists and mafiosos in Corsica and escapes to a Parisian bordello owned by the Mexican mafia, eventually becoming the honored guest of drug dealers from Antwerp, where her impressive reputation has preceded her.

Meanwhile, her father Le Renard, after being tortured in a secret prison, is awaiting a court date in Brussels. But a charmer named Érinye also walks the springtime streets of Paris, and her task is to prevent Le Renard from ever returning to France alive.

Will Katariina’s training as an elite warrior give her the grit she needs to defeat the overwhelming strength of her enemy?

Codename Taïga is the stand-alone sequel to Left Bank, where the women are strong, the bouts are hard-fought, and reading enjoyment is assured. Tuomas Vimma’s chameleonic adventures in background research – including hiring a burglar to break into Brussels’ central prison and a courthouse construction site – pay off, erupting onto the page in an action thriller that defies comparison.