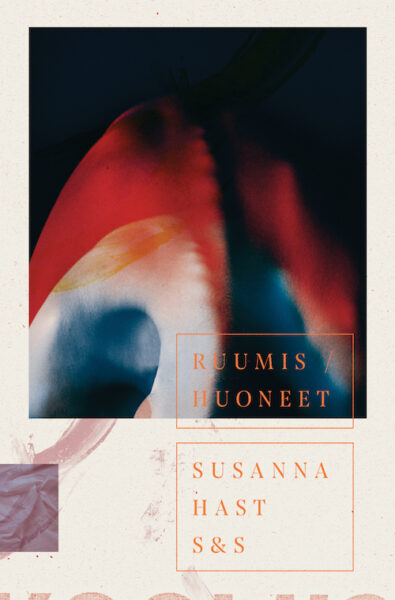 A devastating debut about the search for the truth hidden in the body.

“I’m 12, nearly 13. I’m midway between childhood and womanhood, on my way to horror. In a moment I’ll be nothing but flesh.”

The 1990s, a small village up north. A terraced house, a block of flats, a bedroom, a bathroom, a living room. A crime has been committed, but no one has called the police, no evidence is gathered, suspects are not questioned. Years later, a woman starts following traces on the fringes of her memory, so as to find the missing archival truth of what happened to her.

She needs to write out the truth in order to regain her humanity.

Susanna Hast’s intimately personal debut novel Body of Evidence shows how bodies remember things language cannot reach. It is a ferocious, fearless and dazzlingly intelligent account about the history of silencing women. Her survival takes place in the chiasm of remembering and forgetting, and the novel shakes its readers to the core.

“The novel is an infuriating and moving masterpiece.”
– Eeva magazine

“Her beautiful and witty style gathers up a history of violence to help the protagonist understand herself. Her questioning leads her to the most painful question: why did she continue returning to her abusers?”
– Helsingin Sanomat newspaper

“A brilliant counter-document about violence in remembering and forgetting, trauma and beauty. Hast’s debut is a book that will change its readers. It examines violence in a way that is necessary post #metoo. The so-called victim is heard in the novel but in an entirely unexpected way. Body of Evidence is unforgettable, it is never half-hearted or timid. I will keep a trace of it forever.”
– Singer and author Astrid Swan

“Hast deals in large and heavy themes but ones that are universal and timeless. She knows how to overtly write about shame and guilt, which makes this an important novel.”
– Kaleva

About the author:
Susanna Hast