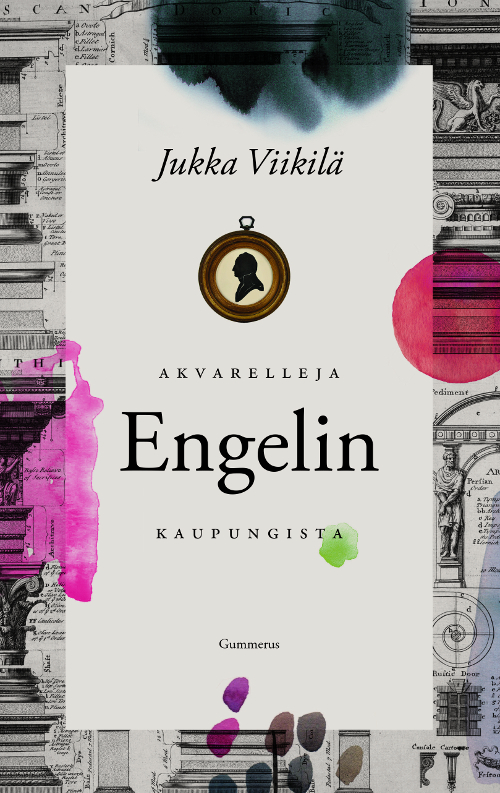 Jukka Viikilä’s Finlandia Prize winning novel is an extraordinarily beautiful journey into the landscape of a city and the mind of an architect.

Winner of the Finlandia Prize 2016
More than 43,000 copies sold in Finland

In 1816, German architect Carl Ludvig Engel arrives in Helsinki to begin what will become his life’s work: to design Finland’s capital.

Watercolours from a Seaside City is Engel’s fictive diary, which vividly brings the Helsinki of the early 19th century to life. It draws the portrait of a man who mirrors himself in the slowly growing capital and the people in it. For Engel, building a city illuminates life.

Watercolours from a Seaside City was awarded with the most prestigious literary award in Finland, the Finlandia prize. The novel has since been the #1 bestseller in Finland, with so far 43,000 copies sold.

“This book is a true gem. This windy city defines the landscape of its architect’s soul. Viikilä paints large pictures with small brush strokes: brief diary entries grow into a city, and into Engel’s life story.”
– The Finlandia Prize jury

“As one might expect, one of the best offerings of this excellent
novel is language. Viikilä’s sentences are crystallized and clear.
The novel is comprised of interesting observations of life and art,
paradoxical in one way or another – there is enough of them for
a slim volume of aphorisms.”
– Parnasso literature magazine

“Jukka Viikilä has written a fascinating novel.  […] He looks into
Engel’s mind and thinking with grace. The aphoristical, vivid
narration paints a picture of a builder of a city, who’s professional
pride you can but admire.”
– Helsingin Sanomat newspaper

“Viikilä’s language is clear and precise, and the descriptions of the
time and milieu are true and visual.”
– Turun Sanomat newspaper

About the author:
Jukka Viikilä