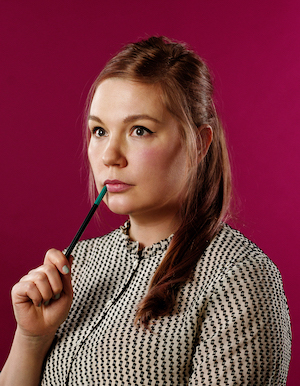 Sanna Mander (b.1980) grew up in a suburb of Stockholm, Sweden. After her A-levels she studied graphic design at the Helsinki University of Applied Arts. She lives in Helsinki with her husband and three children.

Mander’s colourful illustrations have appeared in Finnish, Swedish and English children’s books, and also in cover art for albums, package designs, posters and numerous other publications.

The Lost Key (2017) won the Finlandia Junior Prize as the best children’s novel of the year. It won also the Rudolf Koivu Prize.