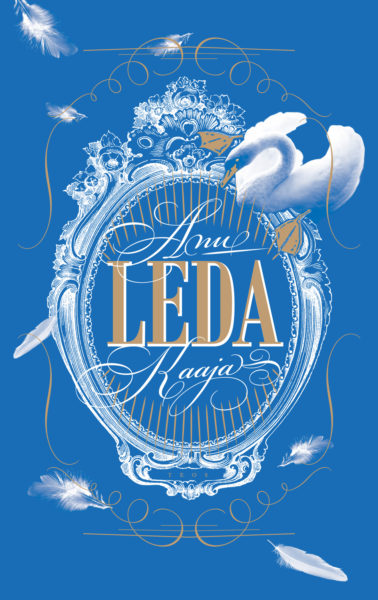 A story about defiling a maiden– a sophisticated, topical refashioning of how it should have been done.

The myth has it that Jupiter, the king of gods, descended upon a young maid called Leda in the guise of a swan and seduced her. A plethora of storytellers have told the tale and once it was even recounted in the king’s court, in 18th century France.

That version, however, was crudely of the mark, at least according to the narrator of Leda, who writes to a noble friend and decides to retell the myth in the quiet countryside. In this new version, young Adèle from the convent becomes the unfortunate female lead and the role of Jupiter falls on the infamous Monsieur de Signe.

What follows is a caleidoscopic tableau in which the narrator starts revealing personal grudges and obsessions alongside Leda’s story. What is the narrator doing in the countryside residence and why is he or she obsessed about the only maidservant in the house?

Leda is Anu Kaaja’s unique novel. The imagination and accuracy of the text are unleashed as the narrator tries to tell the story about a maiden’s degradation with sophistication and relevance–as it should’ve been told! Leda became a critical success right after its publication and was shortlisted for the Runeberg Literary Prize.

About the author:
Anu Kaaja