Juhani Karila (b. 1985) is a journalist with a master’s in communication theory. Karila won the J.H. Erkko Award in 2010 with a text that the jury called “phew!” prose). Gorilla (2013), Karila’s first collection of short stories, won an enthusiastic reception and second place in the Helsingin Sanomat Prize for the best debut novel of the year. His second collection, The Death of the Apple Crocodile (2016), is a series of connected stories about the collision of large and small worlds. Karila’s first novel Fishing for the Little Pike (2019) was awarded with Kalevi Jäntti Prize and Tähtifantasia Prize, and nominated for the Jarkko Laine Prize. 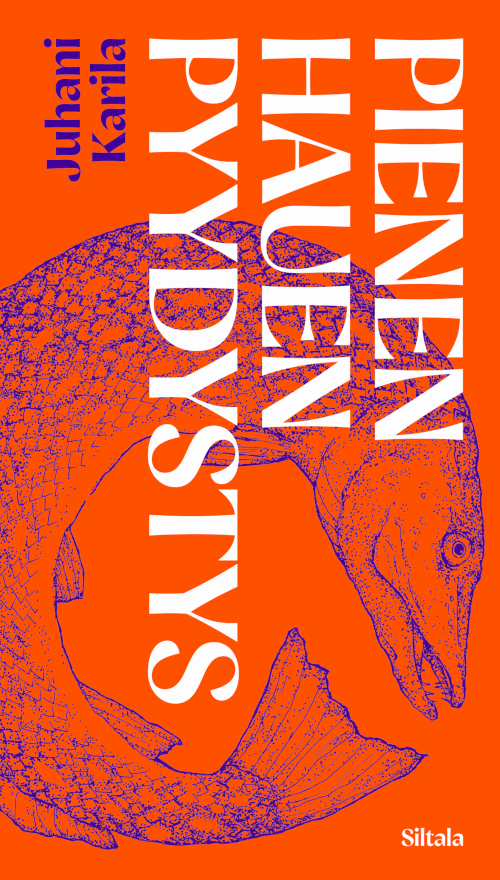