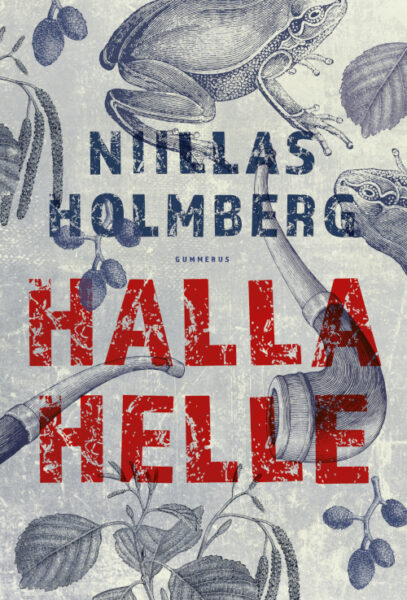 The first novel of the acclaimed Sámi poet takes the reader into cultural crossroads.

Samu leaves Southern Finland behind and moves to Sápmi. Something strange and powerful is taking him to Utsjoki: Elle Hallala, the best-known Sámi person in Finland, known by her artist alias Halla Helle.

Having abandoned art, Elle withdraws from the world and moves on an arctic mountain to live her life according to her ancestors. She sends Samu her dreams written in poems. Freud and Jung come to Samu’s aid in interpreting Elle’s dreams in order to help her.

However, is he only interested in getting Elle closer to him? And can he, a child of mainstream culture, understand the Sámi symbols?

“How can the eyes of a person look as if they’d seen the turn of the centuries, like leaves of aspen in a southern wind?”

Halla Helle is the striking first novel of Niillas Holmberg, whose poetry collections have been nominated for the Nordic Council Literature Prize twice. It is also the first novel published in decades that is written by a Sámi author dealing with Sámi identity and culture.

“Halla Helle is like The Magic Mountain of Sami culture. […] It is difficult to imagine that a minority could have anything more valuable than an author whose work resonates in time.”
– Helsingin Sanomat newspaper

About the author:
Niillas Holmberg