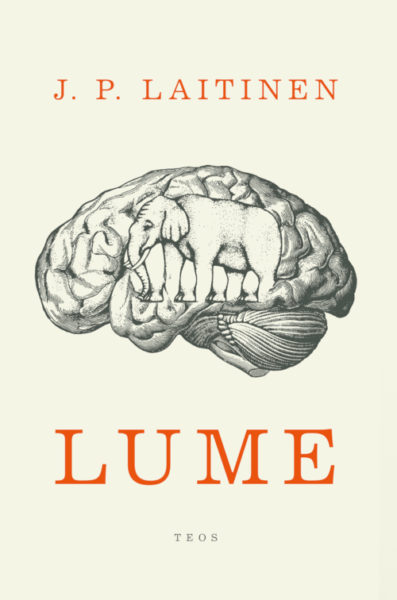 A philosopher is driven to extremes in this brilliant circadian novel.

Philosopher Henry Qualia, withdrawn from the academic world, is on the verge of a breakthrough. His theory of the fictional self could serve to free infinite possibilities of the mind and memory in a world where they are sorely constrained.

But his work isn’t finished – Henry is about to see that. He gets a morning phone call from a hospital where Laura, his love of loves from decades past, has been admitted, and on his way to see her, Henry’s theory undergoes a reality test. His restless wanderings through the city carry him to extremes both physical and psychological, until the decisive fictional moment of meeting.

Fictional, J.P. Laitinen’s debut novel, is a fierce, unapologetically philosophical and psychological story of a day of manifold losses and their denial, and of the desire to see the world the way you want it to be. Through the character of Henry Qualia, Laitinen merges philosophical boldness with an enormous tenderness toward other people. It has been compared to the works of such authors as Fyodor Dostoevsky, Peter Handke and Thomas Bernhard.

“Novels like Fictional aren’t generally published in Finland, which makes it especially interesting and unusual in the tapestry of Finnish novel writing.”
– Turun Sanomat newspaper

“Laitinen reels off his tale in long passages that build to an unbridled, irresistible tempo […] told with remarkable fluidity.”
– Helsingin Sanomat newspaper.

“This novel brings something new to Finnish literature. […] Laitinen writes one day’s consciousness with an intensity that brings to mind the work of Peter Handke. […] Stylistically, J.P. Laitinen’s first novel, Fictional, is exceptional. The narrative rushes rhythmically onward with thoughts and events organically interwoven. The text is intelligently constructed so that many details echo in multiple directions, partially misleading the reader. All in all a multi-leveled, virtuoso work of linguistic brilliance.”
– Kulttuuritoimitus cultural magazine

“Now that’s a novel. And it’s only his first one! J.P. Laitinen’s one-day novel Fictional is such a rare treat that it’s perplexing at first, almost daunting. […] Laitinen’s trump card is everyday reality and his sharp observations of it. He uses them to awaken a reader’s interest, to compel you to follow his train of thought, which takes you to Plato, Epiktetos, Levinas, Heraclitus, Marcus Aurelius, Seneca, Schopenhauer…”
– Aamulehti newspaper

About the author:
J. P. Laitinen