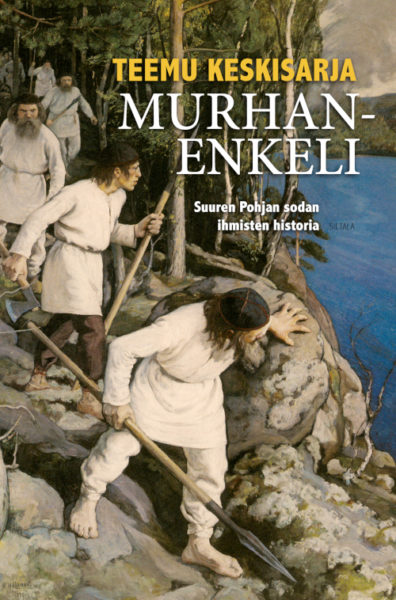 Big narrative of common people and their fortunes and misfortunes in the turbulence of a major conflict.

A general, a priest, an insurgent chieftain, an executioner and a rank-and-file soldier experienced total war when the northern superpower Sweden defended its supremacy, and a major conflict in Europe was unleashed that would last for over two decades. The war tossed them about in hunger marches, campaigns of torture, plague-ridden sieges, mountain blizzards and fierce battles from Finland, Sweden and the Baltics all the way to Russia and Norway.

The Angel of Death, by one of Finland’s best-known historians, tells the stories of people who lived during the Great Northern War that raged from 1700 to 1721: ordinary folk, middle-ranking individuals and major figures. From everyday details like how to get hold of spirits, military desertion and the lack of boots the narrative moves on to the big questions: How did people cope in those days without losing their reason? What drove the people of the eighteenth century–people like the rank-and-file soldier or the crowned head who led the troops?

Keskisarja’s story of how Finland provided Sweden with exploited cannon fodder is thoroughly researched, bold, compelling and written in an eminently readable format.

”Teemu Keskisarja is a heavyweight of his craft; a prize-winning historian with wide-ranging, strange topics and unconventional viewpoints.”
– Aamulehti newspaper

About the author:
Teemu Keskisarja