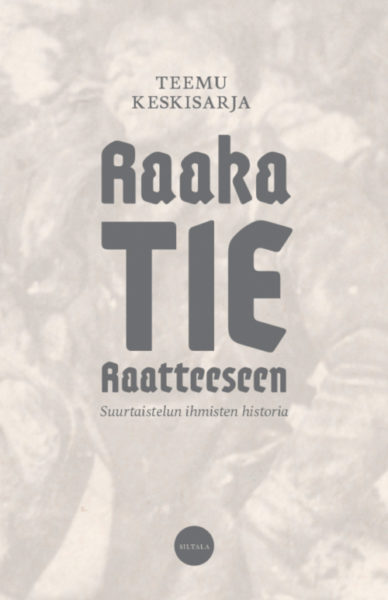 What was the bloodbath in the Arctic wilderness like for the rank-and file fighters on the Finnish and Soviet lines?

The world’s military history bursts at the seams with torrid battle zones, muddy fields, ruined cities and jungles. But there has only been one unique major battle fought on a country by-road amid icy forest and miserable swamps, waist deep in snow, in the long and dark winter night lit by the moonlight of icy expanses.

On the Raate Road in northern Finland the Finns besieged and slaughtered two heavily armed and overwhelming Soviet divisions during the Winter War (1939–1940), one the most chilling legends of WWII. Travelling on skis, the Finns attacked the Red Army’s numerical superiority, its convoys of lorries and tanks, with an unusual strategy.

The world was watching. The Raate Road operations were later used for instruction at military training establishments around the world.

In The Rough Road to Raate, the award-winning Finnish historian Teemu Keskisarja depicts the immense chaos of a major battle in which the leading roles were played not by military commanders but by ordinary men struggling in a “frozen hell”.

“The book is stripped of all the pathos and the flatter for the great victory. Instead, there is a genuine wonder and respect for the endurance in the harsh conditions of the war on both sides of the front. […] The Rough Road to Raate does justice to those whom it’s due: the ordinary people.”
– Yle Lappi

“The book gives an honest and a clear picture of the battles. The legend of the Winter War has been made humane with the source materials used.”
– Kainuun Sanomat newspaper

“The book offers a new angle on the battles. Keskisarja presents the flip side of the legendary combats, the individual fates and the bleak events found from archives and memoirs, the shootings of one´s owns, deliberate executions. […] Throughout the book this ‘history of the people switches between individual fates and the big picture.”
– Helsingin Sanomat newspaper

About the author:
Teemu Keskisarja