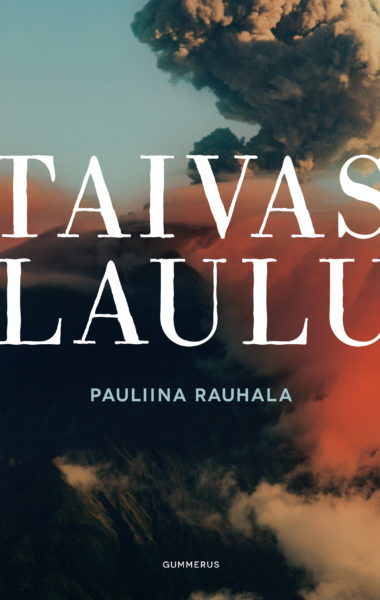 A story about moderate men, moderate women, love and religion.

A young religious couple, Vilja and Aleksi, dream of a brood of children – of a five-litre porridge pot and 70 small toes running around the house.

Nine years and four children later Vilja watches her 9-year-old son dance around with his blond curls flowing and tries to recall the moment when rhythm escaped her body.

Then finally, the day comes when Aleksi and Vilja sit hand-in-hand at the maternity ward and everything changes for good.

Heavensong  is a love story that with its tangible details allows the reader to see the life of the religious community from inside. Its poetic language, which elevates the story to a new level, is deepened by the big themes: what is the ethical ground of parenthood, what are the good and bad sides of a religious community and how can you live with all the myths and expectations surrounding motherhood?

The novel was awarded the Christian Book Prize and Gummerus’ Kaarle Prize and it was chosen by literature bloggers as the best book of Finnish fiction in 2013. With over 67,000 sold copies so far, it holds the distinction of being the publisher’s best-selling debut novel.

“Rauhala’s novel is polyphonic.  […] It is not just a griping story about a break-down of a mother tired out by the religious community’s demands but also a description of her husband’s confusion, the challenging of the rules and his radical personal choice in the end.  […] Vilja and Aleksi are not narrowed to black and white stereotypes. Vilja’s furious revolt is described in a heart-breaking manner, and Aleksi is first and foremost a searcher.  […] Rauhala is especially skillful in creating atmosphere and feeling.”

About the author:
Pauliina Rauhala