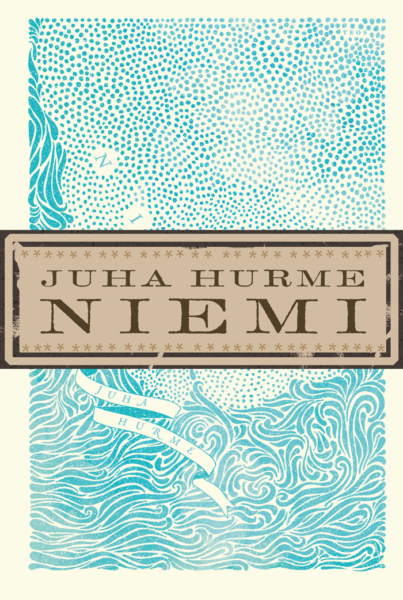 An immense, universe-spanning cultural history of the Finnish peninsula!

Some time after the Big Bang, as a result of astronomical, geological and similar events, a promontory began to form in the Northern Hemisphere. Then came the year 1809, and there the story would have ended, had it not been for the inspiring and preoccupying episodes that occurred during the 14 million years that intervened.

Headland is a cultural history of the universe written in the uncompromising, breakneck style of Juha Hurme. The combined gaze of artist and scientist locates the promontory’s most widely translated text from centuries ago. The author zeroes in on its folklore without leaning on the national epic Kalevala, revealing the headland’s original international flair in the period before the Crusades. For religious fanaticism and mindless boasting he has little time; for culture, learning and resourcefulness, a great deal.

Juha Hurme’s Headland is not yet Finland, but it has characteristics, roots and features that may seem familiar.

Headland won the 2017 Finlandia Prize. According to the author, the book answers the question ‘Who am I?’ and its motto is the anti-fascist idea ‘Everything is in flux’.

“Myth provides the answer to the question about our origins and what our future will be. In other words, myth can explain the metaphysical questions about our existence. Juha Hurme’s Headland treats the myth of Finland and the Finns with all the knowledge that our culture contains. A scope of this breadth can only be explored with the magnificently dilettante literary style in which Hurme boldly challenges both the legendary Egon Friedell and Zachris Topelius.”
– Finlandia Prize Jury